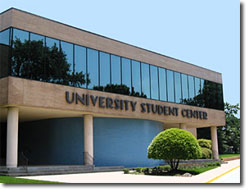 The Equality Ride stop at Bob Jones University is April 4, 2007.

The Equality Rider organizing the stop at Bob Jones University is Amanda Matthias.

Register to help with the 2007 Equality Ride’s stop at Bob Jones University.

Update about our stop at Bob Jones:

Our stop at BJU was definitely one to be remembered.
When our bus pulled up to the gate, there were over 75
protesters already there with bullhorns and signs that
said "Gays have three rights: Aids, Hell, and
Salvation," "Homosexuality is sick, wicked, and an
abomination before God," and other violent messages.

Equality Riders and community members stood in silent
vigil while the protesters yelled and shouted.

Later in the morning, Amanda Harris and Bronwen Tomb
both attempted to carry works of art onto campus that
were reflective of "coming out" experiences. Katie
Higgins carried a list of theses fashioned after
Martin Luther’s 95 Theses that he posted in
Wittenberg, Germany. Our theses were statements of
love and inclusion pulled directly from Scripture, as
well as challenges to Bob Jones University to live out
these Biblical principles in relating to people who
are Lesbian, Gay, Bisexual, and Transgender.

Our hope was to take our art to the art museum, which
is the only place on campus that openly LGBT people
are allowed, and to take our theses to post them
outside the chapel just as Martin Luther had posted
his 95 on the door of the church. Unfortunately, none
of the three Riders made it that far.

Regardless of the fact that Bob Jones University was
unwilling to engage us in any amount of dialogue, we
trust that students could see the drastic contrast
between our peaceful message and the angry words of
the protesters and the university’s choice to place
three young women under arrest rather than to speak
with them.