Reverend Jim Vigil of CBC made it clear that he saw "no value" in any dialogue with us on how CBC’s policies are harmfully impacting its LGBT students. When we arrived at the Central Bible College campus on Monday, March 12th, we discovered that the college had gone to the trouble of installing "No Trespassing" signs around its perimeter every fifteen feet. The pink spray-painted crosses on the grass where each sign was planted indicated how recently they were put in place. Not only were CBC security personnel on staff, but the college also loaned security officers from its sister school Evangel and the Assemblies of God headquarters. We were amazed to note police on the rooftops of buildings–all of this force and money spent simply to prevent a conversation from occurring.

Many of you joined us as we stood in vigil outside the campus while students went into chapel. Afterwards, for reasons we’re still not sure about, students were released out of the back of the chapel in small groups. Two of our straight allies on the ride, Abby and Brandy, went on campus in an effort to speak with students but were arrested before they could even approach any. Later that day during a press conference, CBC asserted that it was "not afraid" of dialogue on the "issue of homosexuality," but that they could not acquiesce to "dialogue on Soulforce’s terms." To us that can only mean dialogue which includes the voices of LGBT persons affected by homophobic doctrine.

Despite CBC’s best efforts to deny conversation, we had the chance to talk with several LGBT students from the school that evening. The students drove around town looking for our bus and were able to locate the hotel we were staying in. We were able to speak in the lobby for several hours, where they apologized for CBC’s treatment of the Equality Ride and thanked us for coming.

So thank you all again for being a part of our visit to Springfield and Central Bible College. The support and assistance you provided were priceless. 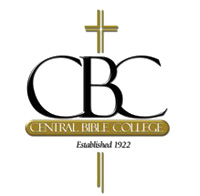 The Equality Ride stop at Central Bible College was March 12, 2007.

The Equality Rider who organized the stop at Central Bible College was Curtis Peterson.

Register to help with the 2007 Equality Ride’s stop at Central Bible College.