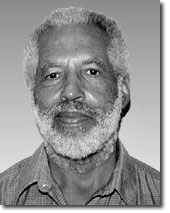 "History reveals to us that those who oppose the movement for freedom are those who are in privileged positions who very seldom give up their privileges without strong resistance. And they very seldom do it voluntarily."

I have long been an advocate for more meaningful involvement and leadership of youth, both straight and gay, in the struggle for GLBT equality and justice. It wasn’t until my student protest experiences in the Civil Rights Movement in the South under the leadership and guidance of Dr. Martin Luther King, Jr. and his trusted advisors, during medical school in Nashville, 1957 – 1961, that I had new language and positive strategies to affirm my racial identity. The new language and positive strategies to affirm my sexual orientation were not part of that experience. In fact, the palpable homophobia of the black clergy in the black Christian churches where we trained in nonviolence and the homophobic attitudes of my fellow students necessitated that I keep my “secret” to myself, if I wanted to be an effective student leader in the Civil Rights Movement.

Dr. Martin Luther King, Jr. inspired youth across America to fight racial oppression and seek justice. Many closeted GLBT persons, white and black, also risked their lives for racial justice during the African American civil rights movement, especially those who participated in the Freedom Rides. Their contribution and personal sacrifices have never been acknowledged. The Equality Rides are in keeping with the very best strategies and application of the power of love and nonviolence, as inspired by Mahatma Gandhi and practiced by Martin Luther King, Jr. in the African American civil rights movement, to overcome segregation and racism. The 1960 Nashville, Tennessee strategic nonviolent relentless student sit-ins, stand-ins, boycotts, and eventually their contributions to continuation of the Freedom Rides to desegregate the South provide valuable and inspiring lessons learned about the power of nonviolent direct action and harnessing the power of student activism.

The Equality Rides address the oppression and persecution of GLBT Americans ensuing from misguided Christian dogma. Conservative Christian dogma and its resultant bigotry have been encoded into social customs and codified into laws to deny justice and equality to black Americans and homosexual Americans for centuries.

Gay and straight youth alliances should give major emphasis to the lessons learned from the African American civil rights movement and the Legacy and Dream of the Beloved Community by Martin Luther King, Jr. The liberation of America’s GLBT community through the redemptive power of love and nonviolence will require relentless struggle, sustained nonviolent resistance and civil disobedience by gay and straight alliances throughout American society, in every rural and urban community and at all local, state and federal levels. To be effective, the character and intensity of our social protests and civil rights struggles must match the character and intensity of the sit-ins, freedom rides, voter registration drives and other acts of nonviolent resistance and civil disobedience used by African Americans to overcome racism.

I immensely admire and respect the carefully structured strategic plan for the Equality Rides. The Equality Rides in this new millennium provide the language and positive strategies, based on the power of nonviolent resistance, to overcome conservative Christian bigotry towards our GLBT community and unconditionally confirm the immutability of sexual orientation.

Drawing from my 70 years as a gay, black American, I want to leave you with the clear message that homophobia is more hostile and deadly than any racism I experienced in the deep South. Why? … because of the mistaken belief that homosexuality is a choice. The immutability of race and the lack of choice regarding race meant there was no closet for black Americans to hide in or to be forced into. Homosexuality is also not a choice. We must not allow the belief that it is to be used to force us to retreat into and behind dehumanizing closet walls. Nor should we accept or be cowered by literal Biblical interpretations to condemn us and deny justice, equality and first class American citizenship.

I also want to leave you with these thoughts. We must be willing to go beyond whatever we have achieved today in the form of hate crime legislation and executive, judicial or legislative decisions prohibiting discrimination in employment, housing and education. We must not be lulled into believing that domestic partnership/civil unions and marriage are equal civil rights. Separate has never been equal, not fifty years ago and not now. We must go beyond where we are today in tolerating homophobic oppression, persecution and denial of equality and first-class citizenship.

The Equality Rides offer the opportunity to stigmatize homophobia and American society’s acceptance of conservative Christian homophobia based on the Bible. We must vigorously embrace the redemptive power of love and nonviolence used by Gandhi and King. We must follow the guidelines and strategies used by the African American Civil Rights Movement to sustain massive nonviolent resistance and social protest throughout the nation until justice is achieved. We must inspire our fellow Americans who believe in equality and justice to join us and work together to expedite political and social change.

In the spirit of love and nonviolence,