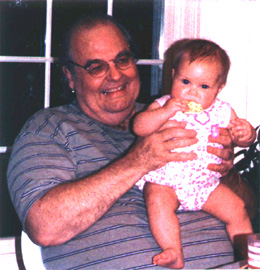 I am a gay evangelical Christian. I have four adult children and four grandchildren and have practiced law for forty years in St. Louis (Herzog Canter LLP) and have been active in the Diocese of Missouri (Bishop’s Award 1973), in my parish (Senior Warden and Vestryman several times), in Grace Hill Settlement House (all offices and honorary life board member), in the Episcopalian City Mission (Chair and now Advisory Board), St. Louis Airport Inter-faith Chaplaincy and now I co-chair Other Sheep (the only International Ecumenical Gay Christian Ministry).

I’m coming to Lynchburg to witness to the love of God for all persons gay and straight, hoping to eliminate in the minds of all who would be assailants of gays that there is no justification in the Word of God for their violence, abuse, denigration and marginalization of gays. I do this in service to our Lord and Savior, Jesus, the Christ and in memory of Matthew Shepard, acolyte and server of St. Mark’s Episcopal Church, Casper, Wyoming, at which he was baptized and confirmed, near which he was crucified and from which he was buried, a martyr.