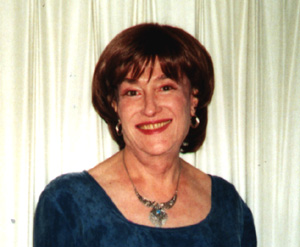 I write a monthly column for Transgender Forum, our well-used national web magazine, and also write a monthly letter acquainting 220 psychologists and educators with transgender issues and people. I speak to various groups and students interested in transgender issues. In my professional life, I was a television broadcasting executive and then owned and operated a popular Seattle restaurant before retiring.

Why am I coming to Lynchburg? It’s very difficult for me to understand why anyone would tell others to hate me and other transgender people and my lesbian and gay friends; why they would want to discriminate against us, shun us, even commit violence against us. Speaking for mysef, I feel I live a moral life, caring for others, fulfilling my obligations, and doing things that are useful to society. Given these moral qualifications, why should anyone care that I have become the woman I always have been in my heart and soul? I want to listen, try to understand, and share my own personhood with folks who may not demonize us themselves but perhaps support people who do. I was brought up in a Calvinistic Christian household in New England and have issues with churches which seek primarily to coerce people who can’t follow a narrow path, limit access to information, and emphasize retaliation instead of love. Still, I’m capable of listening, seeking to understand, and showing respect, and I hope that caring Christians in Lynchburg will share their thoughts with me.