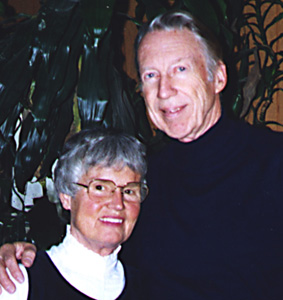 I am a Christian. I was born into it right here in Virginia. My father, a layman in manufacturing, started a local congregation in the Church of the Brethren – as his father, a layman merchant had done 100 miles away. My grandfather’s later-to-be-wife was a student leader at our church college – the same Bridgewate5r College where I revived and led the Fellowship of Reconciliation in the ’50s. My mother’s mother helped start a local Primitive Baptist congregation – with some help from her husband.

My first high-risk peace making was to physically stand between the leaders of two county gangs while they talked peacefully. Sports had ceased between the two high schools because of gang wars. I was 15 and knew leaders from both sides. My family and church training was in peace making. The leaders declared peace as they traded switchblades. Later I volunteered two years in alternative-to-military service – working under the YMCA in German refugee camps. There I physically risked myself (age 22) knowing leaders from only one side of the rumble between a slum gang and a criminal gang. Again I won – or God won.

In Chicago two years later I was spat upon while walking in a demonstration against atomic warfare. I felt pity toward the angry man who abused me. I continue to be a radical for peace and justice – with many stories. My faith is in the God that Jesus worshiped.

Why am I coming to Lynchburg? I feel God is calling me to Lynchburg. I have struggled with my own homophobia. Gay counseling clients have helped me recognize that God loves them. Mel White years ago stretched my thought process. Friends are leading me from mere acceptance of homosexuality to affirming that homosexuality is a given for some persons, not a choice. I am convinced it is a very painful given for many of my friends (one a first cousin I grew up with). Fortunately, my now-adult children are accepting people as friends – whether from another gender, race, country, economic status, sexual orientation, etc. My wife of 39 years is outspokenly supportive. I will be happy to affirm my brothers’ and sisters’ pain at rejection, when I go to Lynchburg on October 23.