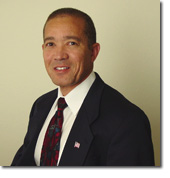 Mike Miles, 48, is the Assistant Superintendent of the Fountain-Ft. Carson School District. His career in education follows other distinguished professional experiences serving the national or public interests.

After graduating from West Point in 1978, Miles entered the ranks of the officer corps at Ft. Lewis, Washington, where he served in the Army’s elite Ranger Battalion and commanded an Infantry Rifle Company. After the Army, Miles studied Slavic languages at the University of California at Berkeley and the University of Leningrad in Russia. Miles pursued advanced study of Soviet affairs and public policy at Columbia University after being selected as a Mellon Fellow in the Humanities and winning a National Science Foundation Minority Graduate Scholarship.

Miles graduated from Columbia University in 1989 and joined the U.S. State Department as a Presidential Management Intern. He handled a portfolio usually reserved for more senior officials at the Soviet Desk, making policy recommendations and writing talking points for the Secretary of State regarding German reunification, chemical weapons, NATO and other issues. While at State, Miles became a Foreign Service Officer.

As a diplomat in Warsaw, Poland, Miles tracked Poland’s evolving relations with Russia and the countries of Eastern Europe. He analyzed the strength of the post-Communist Party, correctly predicting its return to political power in 1992. A tour in Moscow followed. As Special Assistant to the U.S. Ambassador to Russia, Miles helped coordinate the Embassy’s response to critical events during a time when Russia’s relations with the U.S. in a post-Cold War world were as yet undefined. He received the State Department’s Meritorious Service Medal in 1994.

The Cold War largely won, Miles and his family decided to return home. He honored his commitment to continue to serve the public interest and entered the field of education. Miles has assumed leadership roles to raise academic standards in his school district and the state. He is recognized as an accomplished practitioner of standards-based instruction and systems thinking.

Miles has been very active in community issues. He helped establish the Pikes Peak Human Relations Coalition, a private non-profit organization in Colorado Springs that works to build positive human relations in the community. Miles also was active in Citizens Project, the Black Leadership Forum, and the University of Colorado at Colorado Springs Advisory Board. As a member of these organizations, Miles has helped galvanize people and organizations to find mutually beneficial solutions to salient community issues. In 2004, he was a Democratic candidate for the U.S. Senate.