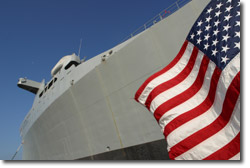 Due to the now infamous "Don’t Ask, Don’t Tell" law that was passed by the Congress and signed into law by President Clinton in 1992, all military colleges and ROTC programs are required to ban the enrollment of openly gay, lesbian, bisexual, and transgender students. Known today as the "Don’t Ask, Don’t Tell, Don’t Harass, Don’t Pursue" policy, this law has resulted in the discharge of over 10,000 service members since the law was enacted.

On military campuses and in military ROTC programs, "Don’t Ask, Don’t Tell" causes gay, lesbian, bisexual, and transgender students to remain in the closet–otherwise facing expulsion. If a student is accused of homosexual conduct, an investigation is done to examine the legitimacy of the claim. If the investigation produces evidence supporting the accusation, the student can be expelled without having ever admitted to being a GLBT person.

Below is a listing of the major military schools in the country and their policies.