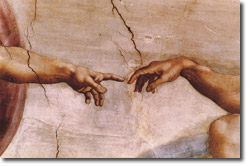 Bans on the enrollment of gay, lesbian, bisexual, and transgender individuals are commonplace among religious schools that teach from the perspective of biblical literalism. These bans have many damaging effects, for not only do they force GLBT students to remain in closets of fear, but they also spread the dangerous notion that homosexuality is a sickness and a sin. This goes on to create an environment which is hostile and intolerant of GLBT individuals.

Professors at religious schools with GLBT bans by and large teach from decidedly one-sided perspectives on homosexuality. All too frequently, professors are even required to sign declarations of faith that affirm the belief that homosexuality is sinful. For these reasons and more, it is not surprising that GLBT students at these schools find it difficult to accept their sexual orientation and/or gender identify.