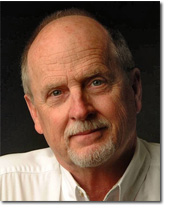 The Rev. Dr. Mel White has been a Christian minister, author, and filmmaker all his adult life. Raised as an evangelical Christian, taught that homosexuality was a sin, he fought to overcome his own homosexual orientation for decades in all ways available to him: prayer, psychotherapy, exorcism, electric shock, marriage and family. That struggle and his halting, poignant steps to understand and accept his homosexuality, reconcile it with his Christian faith, and express his sexuality respectfully and responsibly, are described in his book "Stranger at the Gate: To Be Gay and Christian in America," published in 1994.

Mel White founded Soulforce with his partner, Gary Nixon. Inspired by the nonviolence movements of Gandhi and Martin Luther King Jr., White developed a program based on their principles. These principles were called satyagraha or "soul force" by Gandhi, who based many of them on the teachings of Jesus, and White adopted them to address the suffering of lesbian, gay, bisexual, and transgender people. In 1997, he was awarded the ACLU’s National Civil Liberties Award for his efforts to apply the "soul force" principles of Gandhi and King to the struggle for justice for sexual minorities.

He did graduate work in communications and film at University of Southern California, received his doctorate and was a professor at Fuller Theological Seminary for over a decade. During this time he also worked as an evangelical pastor. He produced, wrote, and directed 53 documentary films and television specials, focusing on stories to inspire and inform the struggle to be human. He is also an author; among his 16 books (nine bestsellers), he wrote about the Philippines’ Ninoy and Corazon Aquino ("Aquino"), the Jonestown tragedy ("Deceived"), David Rothenberg, the child burned by his father ("David") and talk-show host/producer Mike Douglas ("When the Going Gets Tough").

In addition, he ghost wrote several books for fellow evangelicals, including Billy Graham ("Approaching Hoofbeats"), Pat Robertson ("America’s Date with Destiny"), Jim Bakker, and Jerry Falwell ("If I Should Die Before I Wake" and "Strength for the Journey").