Note: This is an archived version of Soulforce Resources from the old website.

Stranger at the Gate: To Be Gay And Christian In America
The Rev. Dr. Mel White 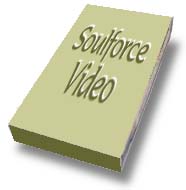 The Rev. Ken Martin is a biblical scholar, Soulforce volunteer, and the pastor of MCC Austin at Freedom Oaks, one of UFMCC’s ten largest churches. Once a Southern Baptist professor and pastor, Ken Martin has spent the last thirty years helping victims of biblical abuse understand how and why the Bible has been misused to caricature and condemn sexual and gender minorities. His life-changing presentation of "Homosexuality and the Bible" is now available on video.

Dr. Mel White, Soulforce Executive Director, says this about Ken Martin’s video: "I have been hoping Ken would make this tape for years. He was my pastor during those tortured ‘coming out’ days when I was a victim of biblical abuse. Ken’s understanding of these passages, his humor, and his gifts as a communicator brought truth to life and answered questions that had plagued me since childhood. This isn’t razzle dazzle, but solid Bible teaching which the Spirit of Truth will use to help end your fears and set your spirit free."

If you are interested in a copy of this 80 minute video, e-mail your snail mail (postage) address to Ken at RevKMartin@aol.com. He will send you more information and an order form.

ANNOUNCING THE PUBLICATION OF:
Rise Above the Law
The Appeal to the Jury
The United Methodist Church’s Trail of Jimmy Creech
November 17, 1999

"I have chosen to make no defense in this trial. I have chosen to make no plea of guilt nor innocence because I believe that this law is unjust, is immoral and illegitimate. It has as its only purpose the persecution of gay, lesbian, bisexual, and transgender people – its only purpose. It doesn’t protect the Church from anything. It is demeaning and a sacrilege" … from Rise Above the Law

Rise Above the Law is limited to an edition of 200 numbered copies hand-printed from Perpetua type on Zerkall Book paper. There are 60 pages and the page size is 5 契 x 7 契. The books are casebound with purple Japanese cloth. The price is $40.00 (Nebraska residents add $2.60 sales tax). $4.00 shipping. Please include delivery instructions along with your check or money order.

SOULFORCE RESOURCES YOU CAN OBTAIN FROM LOCAL SUPPLIERS 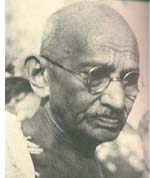 While you are at your video source, check to see if they have the following PBS series on hand. If they don’t, urge them to buy it. If you want to add a deeply moving series to your own collection, buy it yourself. Try to watch one video each week for the next six weeks.

The following two books have been a tremendous help to me in understanding how "soul force" was taught and applied during the African-American struggle for civil rights in the 1950s and 1960s.

The following book is the most amazing story of the Rev. Dr. Jim Lawson, Dr. King’s almost forgotten aide who taught "soul force" to the young black activists who led the "sit-ins" and the "freedom rides" and were in their courageous actions the real force behind ending segregation.

If you only buy one book (besides the Gandhi/King bios) buy this one. Dr. Lawson is one of my mentors. He is now a distinguished United Methodist clergyman in Los Angeles who risked his ordination recently by co-celebrating a lesbian Holy Union in Sacramento.

The following are wonderful books that simplify and apply Gandhi’s teachings but are not easy to find. (For you grad student types only.)

Rightly Dividing the Word of Truth
The Baptist Peace Fellowship of North America and The Alliance of Baptists have jointly developed a resource whose purpose is to encourage local congregations to undertake intentional conversations on the subject of sexual orientation and Christian faith and to support those churches in their efforts.

The Baptist Peace Fellowship offers many helpful resources. We recommend especially their treasure-trove of information: Rightly Dividing the Word of Truth: A Resource for Congregations in Dialogue on Sexual Orientation, Edite by LeDayne McLeese Polaski and Millard Eiland.

Although much of the published writing on Soulforce is by men, we must always remember the women who have lived and died doing "soul force" in our time. That their stories haven’t been widely told is another example of the injustice women have suffered through the centuries and to this day.

We are in this together, woman or man, hetero or homo, bi or trans, old or young, every race, every color, every creed, every nationality, able bodied or differently abled. The world is crying out for a force mightier than violence. I think we’ve found it.

Welcome to the "Journey into Soulforce."