(Austin, TX) – In response to the news that Pastor Bradley Schmeling of the Evangelical Lutheran Church of America (ELCA) will face a disciplinary hearing, Soulforce Executive Director Jeff Lutes expressed Soulforce’s support for Schmeling and his partner, Darin Easler. "Brad and Darin’s relationship is a wonderful gift from God. We call on the ELCA to change their policy and truly model God’s all-inclusive love."

While ELCA policy does not explicitly exclude LGBT-identified people from the ministry, the guidelines state that "practicing homosexual persons are precluded from the ordained ministry of this church." Says Lutes, "it is unconscionable that the ELCA rejects those devoted pastors in relationship who are modeling the values of love, devotion, and long-term commitment for their congregations, yet upholds those pastors who agree to remain alone or live in secrecy."

Schmeling learned on August 8 that the Bishop of the Southeastern Synod of the ELCA had filed formal charges against him for violating the ELCA Definitions and Guidelines for Discipline of Ordained Ministers. Schmeling had previously refused to resign from the ELCA roster or from his position as pastor of St. John’s Lutheran church in Atlanta, Georgia. In a public statement, he expressed the hope that the hearing "will provide a means to witness to the gifts of gay clergy and to demonstrate the destructive consequences of the church’s current policy."

In 2005, the ELCA Churchwide Assembly rejected a proposal to allow gay men and lesbians in committed relationships to serve as clergy. At that meeting, and at every ELCA churchwide assembly since 2001, Soulforce has partnered with other Lutheran and LGBT organizations to stand for justice for all LGBT persons called to ministry in the ELCA.

Soulforce’s purpose is freedom for lesbian, gay, bisexual, and transgender people from religious and political oppression through the practice of relentless nonviolent resistance. For more information go to www.soulforce.org.

(Austin, Chicago, Oklahoma City) — This Tuesday and Wednesday, in cities across the nation, gay youth are attempting to enlist in the military without lying about who they are or whom they love.

These young leaders are part of the nationally-coordinated Right to Serve campaign, which aims to call attention to the injustice — as well as the human and administrative costs — of the federal government’s thirteen-year-old "Don’t Ask, Don’t Tell" policy.

Eighteen-year-old Rebecca Solomon feels this injustice keenly. Solomon’s family has a long tradition of military service that includes her father, uncle, grandfather, and great-grandfather. Rebecca recently graduated from a college preparatory high school in Houston and scored above the 95th percentile on the SAT. When Rebecca met with an Army recruiter in Austin, Texas on Tuesday, she was initially warmly received — until she informed the officer that she is a lesbian. After Rebecca shared the truth about her identity, the officer promptly terminated the interview.

According to Solomon, she and her fellow Right to Serve campaigners understand that they will likely be barred from enlisting, but "we feel it is important for people to understand that there are perfectly qualified candidates who are being denied the right to serve." A recent study conducted by the Servicemembers Legal Defense Network concluded that the U.S. military could attract as many as 41,000 new recruits if gays and lesbians in the military were able to be open about their sexual orientation.

On Wednesday in Oklahoma City, Michael Cich will attempt to enlist along with his brother, Robert Cich. Robert, who is heterosexual, has long wanted to serve his country, but he will only enlist as long as his brother, who is gay, is afforded the same opportunity.

Although openly gay youth have not yet been successful in their attempts to enlist, this is not the end of the road. For Solomon and others, the next step is to ask their congresspeople to sign on as sponsors of the Military Readiness Enhancement Act. If requests to meet with their Representatives are denied, Right to Serve campaigners are also planning to rally local youth — gay and straight — for sit-ins at the military recruiting centers they visited today. According to Kelsey Pacha, the campaign’s actions are meant to "call attention to the fact that ‘Don’t Ask, Don’t Tell’ is discrimination. We feel it is time for America to join the 29 other countries world-wide that have integrated their militaries."

The Right to Serve campaign is sponsored by Soulforce, a national nonviolent organization dedicated to ending political and religious oppression of gay, lesbian, bisexual and transgender persons.

For more information on the Right to Serve campaign, please go to www.righttoserve.org. 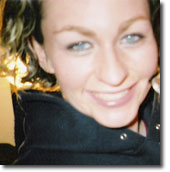 On Thursday March 9th, 2006 we boarded the Equality Ride bus and headed towards our first stop at Jerry Falwell’s Liberty University in Lynchburg, VA. Also on that day I received a phone call from my father stating that unless I de-boarded the bus I would no longer have a home to return to. Unfortunately the experience of being turned away from family, spiritual communities, and educational institutions is a familiar experience for LGBT people.

On the Equality Ride 2006 I experienced Christian, Buddhist, Atheist and Agnostic intelligent adults who knew the results that this cancer causes. However, as my mentor Rev. Robin Meyers reminds us, "Knowledge is important, [but] it is not redemptive… Something much more profound is needed: to act together for the right reasons, not just to think the right thoughts."1

An amazing future is out there for all of us; one which does not treat those who have injured LGBT persons with the same poison, but one which calls us all to the table for dialogue and reconciliation. All that is required is for ordinary young adults to stand up with both anger at injustice and love with which to mend it. No one was ever cured of cancer by simply knowing they had it; healing requires action. Are you willing to act and to heal on behalf of our infected nation?

1 Quote from Robin Meyers’ Why the Christian Right is Wrong Jossey-Bass, San Francisco 2006.

Earlier in the summer, Jarrett Lucas, Marissa Cotroneo, and Shane Bagwell in Philadelphia and Haven Herrin, Jacob Reitan, Ezekiel Montgomery, and Briget Schwarting in Minneapolis were deemed "morally and administratively unfit for military service" — in spite of the fact that their initial interviews with recruitment officers had placed them as potential officers. Each of the young adults was rejected because he or she is openly gay.

These youth activists genuinely want to serve the country but will not lie about their sexual orientation as a condition of service. "Don’t Ask, Don’t Tell," a 13-year-old federal policy, bans openly gay, lesbian, and bisexual persons from serving in the armed forces.

On Tuesday and Wednesday of this week, they returned to the recruitment centers where they had attempted to enlist. In keeping with a philosophy of nonviolent resistance, the youth staged a sit-in to call public attention to the ways in which this discriminatory policy affects real lives. The potential enlistees were joined by supporters, including straight allies and clergy. At each site, several participants had determined not to leave without police intervention.

The sit-ins this week inaugurate a coordinated "Right to Serve" campaign in which openly gay young adults across the United States will attempt to enlist in the military. Sponsored by the social justice organization Soulforce, the campaign will spread to additional cities next week, including New York, Austin, Chicago, and Oklahoma City.

According to Right to Serve co-director Jake Reitan, "Each city will be a little different. This is an experiment in figuring out what happens when openly gay people test the system."

For more information on the Right to Serve campaign, please go to www.righttoserve.org.

Soulforce’s purpose is freedom for lesbian, gay, bisexual, and transgender people from religious and political oppression through the practice of relentless nonviolent resistance. For more information go to www.soulforce.org.