Soulforce Symposium speaker William Meyer prepared a short article reflecting upon his time at the event. You can read it on our blog: https://soulforceactionarchives.org/blogs/william-meyer-reflecting-on-soulforce-symposium-philadelphia-2010

"Ever since born-again singer and orange juice pitchwoman Anita Bryant helped kick off the contemporary anti-gay movement more than 30 years ago, hard-line elements of the religious right have been searching for ways to demonize homosexuals — or, at a minimum, to find arguments that will prevent their normalization in society. For the former Florida beauty queen and her Save Our Children group, it was the alleged plans of gays and lesbians to "recruit" in schools that provided the fodder for their crusade. But in addition to hawking that myth, the legions of anti-gay activists who followed have added a panoply of others, ranging from the extremely doubtful claim that homosexuality is a choice, to unalloyed lies like the claims that gays molest children far more than heterosexuals or that hate crime laws will lead to the legalization of bestiality and necrophilia. These fairy tales are important to the anti-gay right because they form the basis of its claim that homosexuality is a social evil that must be suppressed — an opinion rejected by virtually all relevant medical and scientific authorities. They also almost certainly contribute to hate crime violence directed at homosexuals, who are more targeted for such attacks than any other minority in America. What follows are 10 key myths propagated by the anti-gay movement, along with the truth behind the propaganda." 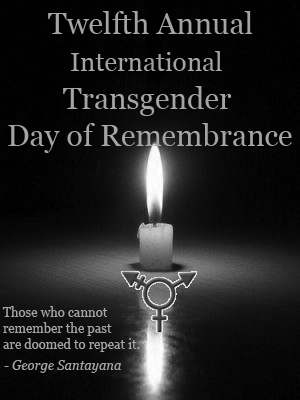 We set aside time today to honor our transgender and gender non-conforming siblings who have been brutally murdered, injured, harassed, and driven to suicide.

We ask that you take time to take the following pledge:
I commit to supporting transgender and gender-nonconforming youth by making a commitment to:

By making this commitment, I am working to make my school and/or community safer for all students, regardless of gender identity or gender expression.

Find events in your area on the International Transgender Day of Remembrence website
Sign the Pledge at GLSEN.orgl

This message is the property of the organization issuing the release as noted on the document. If you have any questions please notify the contact person on the document.

The leaders of Equally Blessed, a coalition of Catholics working for justice for lesbian, gay, bisexual and transgender people, have issued a statement expressing deep concern over the outcome of the election of new leaders for the US Catholic Bishops Conference.

“The election of New York Archbishop Timothy Dolan and Louisville, Kentucky Archbishop Joseph Kurtz as President and Vice-President of the US Conference of Catholic Bishops (USCCB) sends an ominous message to LGBT Catholics and our families," said Francis DeBernardo, Executive Director of New Ways Ministry and an Equally Blessed member. "Both men have made strong statements against gay and transgender people. Indeed, for the past two years, Archbishop Kurtz has led the US Bishops’ nationwide campaign against marriage for gay couples."

“It is ominous because the bishops broke with tradition and did not elect this past year’s vice-president, Bishop Gerald Kicanas of Tucson, as president, someone known to be more moderate on LGBT issues and signals that the bishops are targeting families with loved ones who are lesbian, gay, bisexual or transgender," said Nicole Sotelo, Program and Communications Director at Call To Action.

Marianne Duddy-Burke of DignityUSA, another Equally Blessed spokesperson added, "The selection of these two men as leaders of the US Bishops’ Conference means it is more important than ever for Catholics who want our Church and world to be more welcoming and just for LGBT people to speak out and to act for justice.  The majority of Catholics in the pews are supportive of LGBT people and issues, so this election is another example of how the hierarchy is out of step with the faith experience and ideas of Catholic people."

"At a time when Catholics and the larger society have become so painfully aware of how anti-LGBT religious messages and personalities have contributed to youth suicide, we wish the bishops would have elected leaders whose records were not so damaging," said Casey Lopata, Co-Founder of Fortunate Families. "As father of a gay son and as Catholics, we choose to tell our youth about Jesus’ unconditional love for them."

Equally Blessed is a coalition of faithful Catholics who support full equality for lesbian, gay, bisexual and transgender (LGBT) people both in the church and in civil society. Equally Blessed includes four organizations that have spent a combined 112 years working on behalf of LGBT people and their families:  Call to Action, DignityUSA, Fortunate Families, and New Ways Ministry.

Dr. Cindi Love, Executive Director of Soulforce will attend 2nd LGBTI/SOGI HUMAN RIGHTS CONSULTATION DECEMBER 13th, 2010 at the United Nations.  The task force will further its work in countering the homophobia that is quickly spreading throughout the world, particularly in regions like Africa and the Middle East and explore more opportunities to raise religious voices and support human rights defenders on the ground throughout theworld.  There are more than 80 nations where a lesbian, gay, bisexual or transgender person may be imprisoned for life or executed for being open about sexual orientation or gender expression.

The meeting coincides with several other events held at and around the UN commemorating International Human Rights Day.  Three frontline
advocates from both Uganda and Kenya will be featured at the consultation, Bishop Christopher Senjonjo and Executive Director of Sexual Minorities Uganda, Frank Mugisha from Uganda and the Executive Director of the Gay and Lesbian Coalition of Kenya, David Kuria Mbote.

Soulforce will be presenting at the upcoming Minnesota Out Campus Conference (MOCC). Over 500 college age students are expected to attend from 4 states. Soulforce will present a workshop covering principles of Non-Violence Resistance, as well as working within faith communities to affirm LGBTQ identities.

Presenting the Soulforce material will be Equality Ride Alum Amanda Lee Genaro and Soulforce Director of Programs Jason Conner. Soulforce will also have a table giving out literature and encouraging people to look into the Equality Ride and other programs.

Check out more info about MOCC on their website. If you aren’t in the Minneapolis area and would still like to support Soulforce in this and other programs, please donate today! 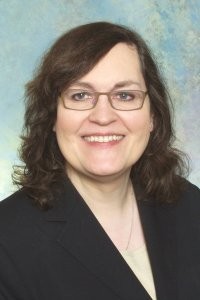 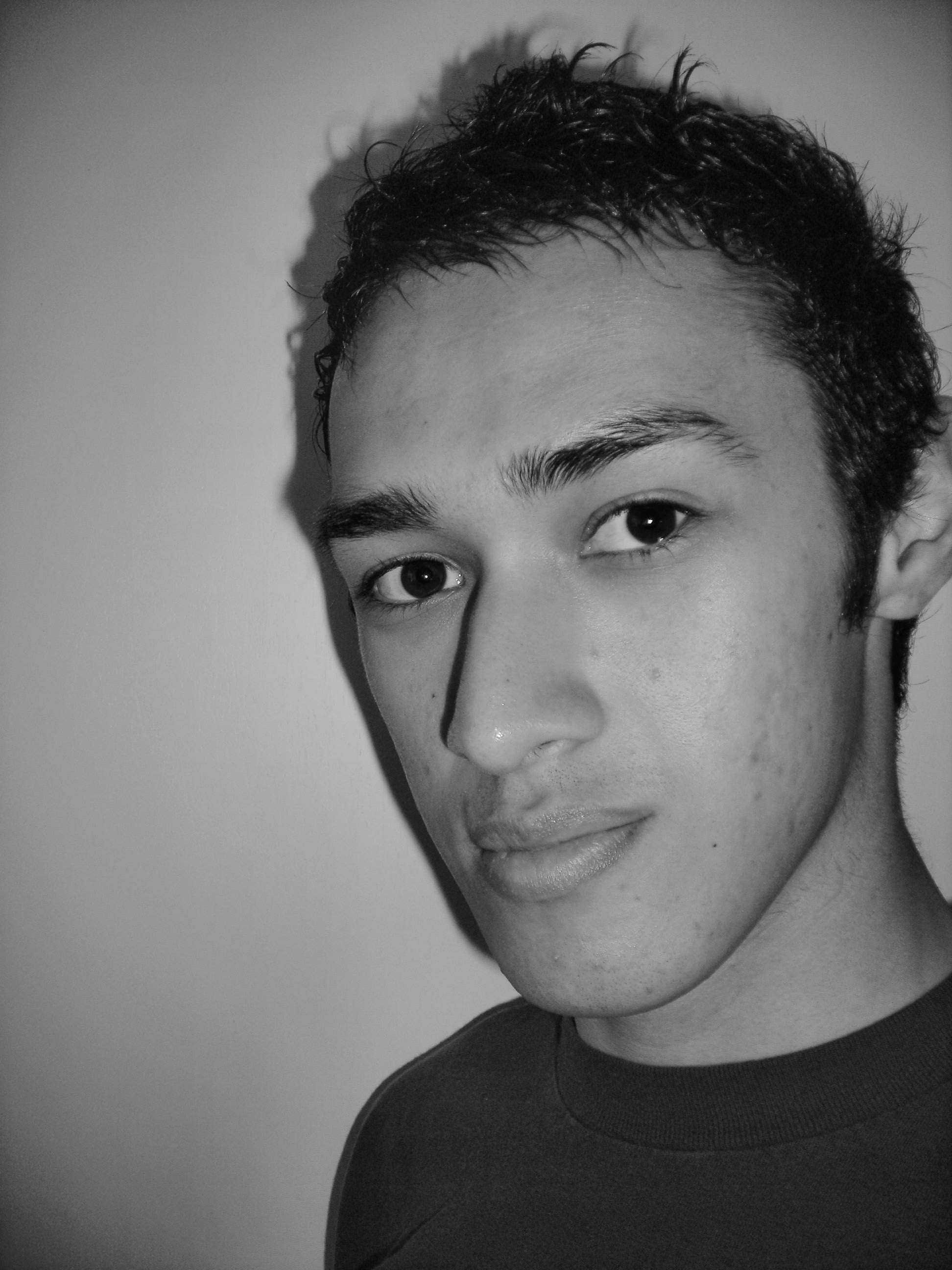 Vincent Cervantes, a participant on the intersectional justice panel at the Soulforce Symposium: Philadelphia: 2010, released a paper entitled "Critical Witnessing and Multilingualism: Building the Counter Movement." We invited you to download Vincent’s paper and use it to inform your organizing and activism strategies.

Vincent’s paper is the first of many resources which Soulforce will be releasing in connection to the Symposium.

LGBT activists from across the country will gather in Philadelphia on Friday, Nov. 5, to rally against homophobia in support of subjugated LGBT youth.
Soulforce, a non-profit that hopes to end political and religious oppression against LGBT people through nonviolent resistance, will sponsor the ‘Life Rally’ in Love Park. The event is part of a two-day initiative , which will include a symposium that is aimed at "debunk[ing] the myths that plague [the national conversation about homosexuality."

The Rev. Dr. Cindi Love, executive director of Soulforce, told EDGE the recent media attention surrounding LGBT teen suicides and Dan Savage’s It Gets Better Project offers an opportunity to end bullying once and for all.

"While we completely support the idea of It Gets Better, we also know that young people need tools that help them get better right now, not someday," said Love. "The only good news about the recent focus on teen suicide is that everyone now knows something has to be done. We hope that our symposium is a catalytic event in the lives of individuals and our community so that concrete steps are taken to better support and empower young people."

The idea for the rally came after Jason Connor, community director for Soulforce’s, came out to his family during their annual Equality Ride, a bus tour that addressed anti-LGBT legislation at college campuses across the country. Connor’s Mormon family consequently disowned him, spurring him to address the alarming number of LGBT suicides within the faith-based community.

"He found a way out for himself and wanted to create a safe and vibrant space where we could not only think about our losses but also think about the ways in which we can celebrate our lives," said Love about Connor. "It was his idea to create the rally and our cohort of Equality Riders in Philadelphia joined with him to bring the event into being."

Love works closely with religious traditions to establish safe spaces for LGBT youth and conduct workshops on inclusion even when the places of worship have no intention of changing their ideology. She is confident networking with faith-based organizations can bring reform providing comfort to LGBT youth at odds with their faith.

"Fundamentalist religious belief is at the root of patriarchy and, therefore, at the root of sexism, homophobia, heterosexism, misogyny and the exclusion of LGBTQ people from full citizenship in society and in the church," said Love. "People in the faith-based communities are in the best position to advocate for the elimination of polity and policies within denominations that are harmful to the lives of LGBTQ people. They speak the language of the oppressor while not having to choose to be the oppressor."

New Jersey lawmakers recently introduced an Anti-Bullying Bill of Rights that would create school safety teams and require annual reporting on bullying instances from school and district administrators. Furthermore, Garden State schools would be graded on how they handle bullying, harassment and intimidation.

While Love believes instances of bullying need to be addressed on an individual basis, she thinks the law will encourage some teens to stand up to their aggressors.

"I believe that we always need a law to enforce what is right when people don’t choose to do what is right in the absence of law," she said. "I also believe that the law is simply a tool to encourage people to think differently-perhaps to hesitate before they commit a crime of bullying. We only stop cruelty and rejection on a one-on-one basis when one person says ‘no more.’ I believe that laws support people who choose to stand up and be courageous and do what is right."