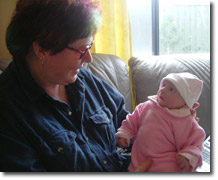 As a mature adult and mother of four, my Christian experience was very important to me. Not only did I attend Sunday services, I taught Sunday school, lead the Wednesday evening Bible study series, and also went to Tuesday prayer meetings. Somehow keeping busy and trying to please my husband kept me from coming to terms with other evolving emotions that I hadn’t time to explore or understand. Eventually, however, I could no longer hide from them.

When it became obvious to me that my "natural desire" was not for my husband but was for a woman, I felt trapped and hopeless. I sought out any information that I could find that might be helpful. I came across an ex-gay ministry called Exodus. I joined Exodus as a Christian wanting to change her sexual orientation. I enjoyed meeting others who were battling with the same demons as myself. Somehow I didn’t feel quite so alone.

After about twelve months I was nominated as leader of this small group of about fifteen individuals. We met weekly for prayer, discussion and support. I travelled overseas to America to interview Elizabeth Moberley, a scholar and academic who suggested that legitimate same sex affection would provide a passage out of homosexuality. Over the next three years, I continued to teach, study and practice "legitimate, non-sexual same sex affection." However, it soon became clear to me that my homosexual drive was not decreasing and I was not getting any closer to becoming heterosexual.

After four years I decided that the truth for me was that I stop hiding and accept my homosexual self. Having assistant pastor status with my church, I knew I had to tell them my decision. They felt that I could no longer continue in ministry, and I was asked to step down.

Today, more than fifteen years after I stepped down from leadership of the ex-gay ministry, I have come to know that nearly every member of that group is now living their lives openly as a homosexual person (twenty people). I am only aware of one member who married and who would say that they are pleased not to be gay but to be living in a heterosexual relationship. They have been married for five years. It is also my understanding that they have not disclosed their former struggles with their partner.

Although I valued the support and friendship of the Exodus members (many are among my closest friends today) I suffered torment and huge anxiety all muddied by confusion and constant failure during the Exodus years. For me the most traumatic outcome was my personal sense of failure as a Christian and not being accepted as a part of the church family I loved.

On April 14, 2007, my long time partner and I were married at Colchester Registry Office in the UK. This wedding celebrated who we are and our love and commitment for each other. For the first time in my adult life I felt valued for being me and thrilled to at last find a legitimate home amongst my family and friends for my partner and myself.

I believe that my Heavenly Father is also pleased and relieved on our behalf. It is my sincere belief that Scripture points out that God is Love and God is Truth. The Truth shall set you free it says. Being true to my sexual orientation is freeing, and I no longer struggle with anxiety, depression, confusion and sexual dysphoria!

When one is at home with one’s sexual self and this causes no one any harm and is considerate and respectful, this is love. 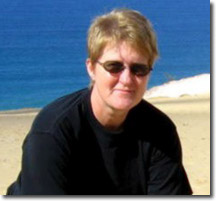 I was born-again at twenty which marked the beginning of my church teaching that same-sex relationships were wrong. I wrestled with the issue of sexuality and my faith, and the Church’s approach to people in my situation. I threw myself into Church life, looking for solutions and answers, just to find the attitude ‘Heterosexuality is what has to be’, without the practical help that brings healing to the person.

My now partner once commented how life as a gay Christian seeking re-orientation was like living in a cemetery waiting to die – this explained exactly how I felt. I had resigned myself to a life of chastity and obedience as re-orientation had never occurred for me and celibacy was my only option. My life had become shallow, small and empty.

My desire has been to support women who wish to live by their Christian convictions, not just aiming for validation by being ‘heterosexual’. In 2003 I co-founded an ex-gay group (YANA) for Christian women who were dealing with same-sex and relationship concerns. I have been involved with Living Waters, an ex-gay ministry (Liberty Inc) and Exodus. I was also on the leadership team of a street work ministry for 7 years.

There had been an increasing uneasiness in me since 2005 that what I was teaching was harmful to people. I had become tired and ill-at-ease with always feeling that this part of my life and others attending the group (same-sex orientated) is broken and in need of fixing. For a long time I had been witnessing peoples (and my own) growing frustration that no matter how repentant, prayerful and committed we all were to living a life as an ex-gay Christian, the changes we all sought and were taught possible never really materialised for most. Some people I knew were married and had married but most seemed to still be dealing with homosexual feelings.

Depression, anxiety, loneliness and inner turmoil were our constant companions because as seen through the eyes of many churches, our ‘failure’ to change equated with somehow not having enough faith, not being a ‘true’ Christian or having a demonic influence.

I do feel that there was benefit in attending some ex-gay groups in that as we journeyed together Christian maturity and personal growth was evident – I consider this is a consequence of any loving Christian group. The people I have journeyed with are the most dedicated and courageous people I have ever met. I pray God will lead us all to freedom and truth in Christ.

In summary, life has changed dramatically for me since being confronted so profoundly over the previous years. I have closed the women’s group. I have resigned from all involvement in ex-gay ministries. I have commenced a relationship with a wonderful Christian woman. I am allowing myself the time and space to investigate other thoughts relating to being gay and Christian. After nearly thirty years of torment I am finally learning to rest from fixing my sexuality and past. Above all, I am endeavouring to adopt a simple faith that I once held dear and that is Jesus’ words that say "Come follow me".

I would like to make it known that I respect and appreciate all the leaders and volunteers involved in the ex-gay ministries I have been associated with. They too are genuine and loving Christians living by their convictions. For me though, because of my own present journey I can no longer be involved with them out of respect for their ministries and their beliefs regarding homosexuality. 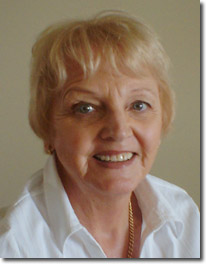 I first heard of the Living Waters ex-gay program in early 1991. As a pastor on the leadership team of Christian City Church in Brookvale, I arranged to set up the program in our church to help those struggling with homosexuality. As heterosexuals, myself and two other pastors from the church spent four months going through the tapes and manual provided in order to be trained. We then took three lesbians and two gay men through the program over a six-month period. It was quite intense. I supported them in their struggles and as we worked through the teaching, we believed they had honestly tried very hard to come out the other end straight. When we reached the final week I asked the girls what they felt had been achieved. None of them felt the program had changed their sexual orientation. The guys who were working the program finished with similar results.

We looked at additional resources like Elijah House Counselling as a way of bringing more healing into the Living Waters Program. There were many at Christian City Church who heard about the program and wanted to join, but I was already beginning to have serious doubts about the program’s success. It became apparent that anyone who claimed to be "cured" had just gone into denial about his or her sexuality.

At this time, I began my own research into the causes of homosexuality and found there was mounting evidence that sexual orientation is determined in the womb. Now I have absolutely no doubt that homosexuals are born gay and don’t need to change. If I were to see any of the people that I took through the Living Waters program again, I would say I’m sorry. My intentions were to help you through your struggle, but I acted in ignorance.