Here’s a list of nationwide emergency and crisis numbers. If you are in crisis, first call 911 while you’re looking in the front of your local yellow pages. That’s where you’ll usually find the local suicide prevention hotline or crisis center. You can also try your local Gay Lesbian Center, which usually offers referrals for counseling, domestic violence and suicide prevention. If you can’t get through to any of those, try one of the crisis lines below.

The Trevor Project – 866-4-U-TREVOR (866-488-7386)
The Trevor Helpline is the only national 24-hour, toll-free suicide prevention hot line aimed at gay and questioning youth. The Trevor Helpline is geared toward helping those in crisis, or those wanting information on how to help someone in crisis. Managed by their partners at San Francisco Suicide Prevention, the Trevor Helpline calls are handled by highly trained counselors and are free and confidential.

Metanoia – Contains conversations and writings for suicidal persons to read. If you’re feeling at all suicidal, be sure to read this page before you take any action. It might just save your life. www.metanoia.org/suicide

Kidshelp: www.kidshelpphone.ca – a service for young people which also addresses issues in addition to suicide.

Samaritans www.befrienders.org/email.html (A 24-Hour confidential e-mail service) and kidshelp.sympatico.ca – a service for young people which also addresses issues in addition to suicide. Talk to a therapist online – this is a list of over 200 psychotherapists and other professionally trained counselors who will interact with you via the Internet. Some can respond within 24-36 hours. Most charge a small fee but can be worth it. Be sure to read the background information. 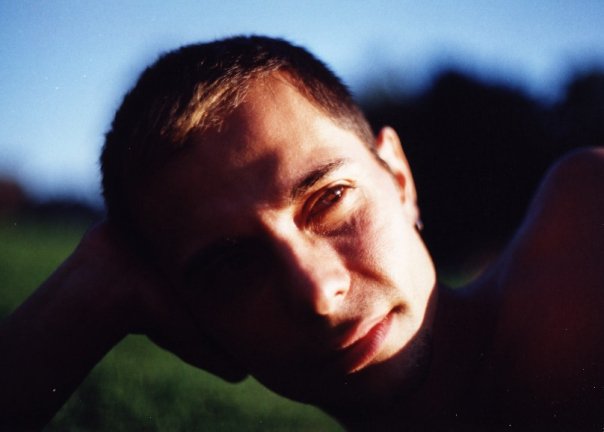 This page is dedicated to the memory of Leonardo Smith, a 32-year-old New York City dancer and choreographer, who described himself as a teacher/dancer/activist. Just before taking his own life, Leonardo donated $10,000 to continue the work of Soulforce.

Leonardo was well known in the dance community and appeared as lead dancer in a countless dance recitals. One of his best known was Red Fence, in which he starred.

In his Friendster account, Leonardo expressed his dreams of helping to change the world, "I thought I’d use Friendster to do some activism. I’m in the beginning stages of organizing a Freedom Ride for LGBT teachers and students. We would travel by bus to the middle, west and south of the US to perform direct actions in communities that resist grass roots LGBTQ groups. Education and out reach to LGBTQ kids is the main purpose: Let them know we are here and that we care."

We believe there is no more fitting tribute to Leonardo than this page of emergency numbers. If you are feeling hopeless, depressed, or suicidal, call someone. One conversation with someone who cares will make a huge difference in your life. And if for some reason the emergency line is busy, or not answering, or even "out of service" then email kara@soulforce.org. If she is not in at the moment, she will return your email ASAP. In the meantime, tell Kara your story in an email as long as it takes. She will see that your email is answered with speed and with loving concern.

1. Substance Abuse in the Gay and Lesbian Community

Alcoholism is a fatal chronic illness affecting the lives of 20 to 30% of the homosexual population (Ziebold & Mongeon, 1982). Studies have found that 35% of lesbians had a history of excessive drinking, compared to only 5% of the heterosexual women in the sample (Saghir, 1970; Lewis, 1982). Approximately 30% of lesbians and gay men are addicted to drugs (Rofes, 1983). The facts show that the homosexual community constitutes a high-risk population with regard to alcoholism and drug abuse.

Why is addiction such a problem?

It is important not to assume that homosexuality causes drug or alcohol abuse. When gays, lesbians and bisexuals internalize society’s homophobic attitudes and beliefs, the results can be devastating. Society’s hatred becomes self-hatred. As a minority group; gays, lesbians and bisexuals are victims of systemic and ongoing oppression. It can lead to feelings of alienation, despair, low self-esteem, self-destructive behaviour, and substance abuse (Nicoloff & Stiglitz, 1987).

Some gays, lesbians and bisexuals resort to substances as a means to numb the feelings of being different, to relieve emotional pain or to reduce inhibitions about their sexual feelings. Substance abuse often begins in early adolescence when youth first begin to struggle with their sexual orientation. When surrounded by messages telling you are wrong and sick for who you are, eventually you begin to believe it. Having to hide your identity and deal with homophobic comments and attitudes– often made by unknowing friends and family — can have a profound effect on you. Lesbians and gay men are also 7 times more likely to be the victims of crimes than the average citizen (National Gay and Lesbian Task Force, 1984). In response to this overwhelming oppression and homophobia, many lesbians, gay men, and bisexuals use alcohol and drugs to cope.

Homophobia in our society has limited the opportunities for gays and lesbians to meet each other safely. The gay bar culture emerged as a place to find other gays and lesbians without fear of harassment. The gay bar is a seductive institution. It is the most available place where people can explore being gay and socialize. There is also a lack of alternative alcohol-free places and occasions to socialize within the gay community. This only intensifies the implied connection between drinking and socializing in gay and lesbian social circles.

2. Getting Help For Yourself or For Someone You Know

The first step toward getting help is recognizing that your substance abuse is a problem. This is rarely easy. The following is a list of questions, though not inclusive, that you should ask yourself.

Most major cities have gay and lesbian AA and NA groups. (See your local gay/lesbian community center, hotline, or "Welcoming Congregation" for details.

There are also private therapists specializing in alcohol and drug addiction.

The process of recovery allows you to heal by working through those feelings you have pushed down with alcohol and/or drugs. It is often said that when you have a substance abuse problem, your emotional development stops when you start abusing. When you medicate your feelings, you numb yourself from conflicts and reality. Once you decide to no longer abuse, those feelings and emotions will surface and may be overwhelming. Self-help groups offer a safe and supportive environment where people share common experience, strength and hope.

This article was written by Dot Wojakowski as part of a Challenge Grant, produced and distributed by McGill Student Health Services:

3. A Wide Selection of Helpful Resources Regarding Alcohol, Tobacco and Other Drugs

It is commonly believed that factors such as stigma, denial, alienation, discrimination, and the cultural importance of bars place lesbians, gay men, and bisexuals at higher risk of developing problems with alcohol, tobacco, and other drugs (ATOD). Although we need much more research before we can substantiate this belief, we do know one thing: many issues need to be understood and addressed by prevention professionals working with lesbian, gay, and bisexual communities before they can deal with the destructive consequences of ATOD.

I hope this prevention resource guide increases your understanding of the issues important to the lesbian, gay, and bisexual communities. The guide is the product of a search of the National Clearinghouse for Alcohol and Drug Information data bases. It describes articles and reports from peer-reviewed journals and books, lists materials with clear ATOD prevention messages, and gives resources for more information.

Alcohol, tobacco, and other drug problems affect the lives of millions of Americans. We at CSAP welcome this opportunity to work with you toward a healthier future for our lesbian, gay, and bisexual communities.

Link to: ftp://ftp.health.org/pub/ncadi/publications/LGB.txt
(Fifty pages reviewing publications, studies, articles that inform us on the issues around glbt drug and alcohol misuse.)