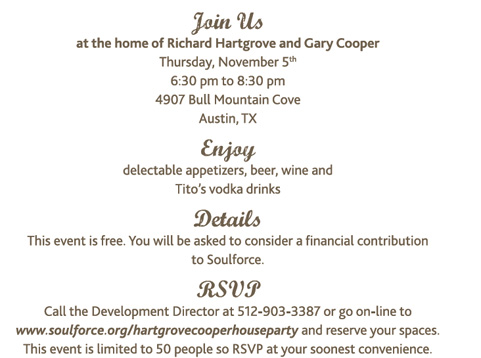 For the past eleven years, Soulforce has dedicated itself to ending religion-based discrimination of the LGBTQ community through relentless, educational, nonviolent direct action. Soulforce, headquartered in Austin, Texas, responds to religion-based discrimination by educating, motivating, and activating Middle America. Among Soulforce’s most successful strategies is the development of an energetic young adult program, Soulforce Q, which reaches the hearts and minds of future generations.

The signature program of Soulforce Q is the Equality Ride, which began in 2006 and has run almost every year since. Modeled after the Freedom Rides of the Civil Rights Movement, nearly 75 young adults have reached 80 of the nation’s most discriminatory colleges and universities – colleges and universities that ban or expel LGBTQ students from attending their schools – to enter into a constructive dialogue about sexuality, religion, and education.