Asher Koleiboi, co-director of the 2010 Equality Ride, launched the Legalize Trans* campaign in July with the help of 2007 Equality Rider Brian G. Murphy. The Legalize Trans* campaign is an artistic and educational campaign intended to create dialogue and draw attention to the lack of inclusivity within the popular American Apparel "Legalize Gay" campaign. Legalize Trans* serves to emphasize the need for Transgender inclusivity within the dominant national Lesbian and Gay rights movement, and provide public education and resources that focus on navigating legal resources for Trans/gender non-conforming people.

Since the campaign and product line launched in July, over 100 shirts have been sold. In addition to the original black shirt, the campaign now includes shirts in red and blue and an assortment of buttons, as well as a pay-what-you-want computer desktop wallpaper. Legalize Trans* is nearing 1,000 fans on Facebook and has received press coverage from The Advocate, Bilerico, and other local and international news outlets.

Soulforce is extremely pleased with the work Asher and Brian are undertaking to raise awareness of trans* issues, critique exclusionary LGB politics, and empower trans* people. After production, transaction, and web costs, the proceeds from the sale of all Legalize Trans* items go to fund medical, living, and other expenses for trans* people.  Trans* individuals and trans-focused individuals can signup as affiliates (for free) to sell shirts to earn money for themselves, their organization, or other trans* folks.

Cinevolve Studios announced that Equality U, the award-winning documentary on the first-ever Soulforce Equality Ride in 2006, will become available in DVD format June 1. According to Rev. Dr. Cindi Love, Executive Director of Soulforce, the film provides an opportunity to educate people on LGBTQ equality issues. She sees Equality U as a “sleeper” with the potential to rudely awaken administrators of religious based colleges and universities and their affiliated denominations.

Arlington, VA (PRWEB) June 1, 2010 – Cinevolve Studios announced that Equality U, the award-winning documentary on the first-ever Soulforce Equality Ride in 2006, will become available in DVD format today (available in the Soulforce store).

The film, from director Dave O’Brien, is a feature-length documentary that follows a group of 33 young activists from Soulforce, a national non-profit organization dedicated to nonviolently confronting and ending anti-LGBTQ discrimination, on its first-ever Equality Rider. The initial Equality Ride is a two-month tour across the United States to 19 conservative religious and military colleges, to confront policies that ban or discriminate against lesbian, gay, bisexual and transgender students and faculty.

Any of us who are working or worshiping within mainstream religious institutions need to watch this film and pay attention to its message.
– Rev. Dr. Cindi Love, Executive Director, Soulforce

According to Rev. Dr. Cindi Love, Executive Director of Soulforce, Equality U is a “sleeper” with the potential to rudely awaken administrators of religious based colleges and universities and their affiliated denominations. First tagged as a movie about gay young adults tackling "the establishment," this film is now understood as a critical lens into American culture where young adults are now half as likely to attend church weekly or more (15% of 20-year-olds and 20% of 30-year-olds attend church weekly or more, compared to about 40% of older adults). Lower rates of attendance may signal a long-term trajectory of reduced religious participation, effectively “shrinking” mainstream religious institutions and their affiliated colleges and universities.

Love notes when young adults do elect to participate in organized religion, they are characterized, by some sociologists, as the catalyst for new, consciously postmodern, nonhierarchical and radically inclusive churches. These young people are much more inclined to support a multicultural and pluralistic community-type congregation that is very fluid in its racial/ethnic and sexual/gender composition.

“While it is too soon to know what kind of emerging adult spirituality or religious practice will dominate the United States throughout the next century,” Love notes, “there is sufficient evidence to indicate that exclusionary and discriminatory policies toward women, people of color, and lesbian, gay, bisexual and transgender people will not get high marks.”

Love says, “Any of us who are working or worshiping within mainstream religious institutions need to watch this film and pay attention to its message. Young adults are edgy and have little patience with traditional paternalistic or patriarchal attitudes or expressions of authority. When it comes to matters of the spirit, they want to live their lives out in the same way they communicate on Facebook, where barriers are few and far between, and in this, they are quintessentially American.”

The movie has already gained attention since its debut at a number of top gay and lesbian film festivals in 2008. The movie has won numerous awards, including Outstanding Emerging Talent at Outfest 2008 and several Best Documentary and Best Feature awards. It also has aired on cable channel Logo a number of times since debuting there in January 2009.

The movie is available for purchase or rental through Amazon.com, Netflix, direclty from Soulforce, or hundreds of online and physical retailers nationwide.

The Equality Ride is a national bus tour to faith-based colleges. The 18 to 29-year-old Equality Riders advocate safe educational settings for all students, including those who are lesbian, gay, bisexual, and transgender.

On Tuesday, March 9th, the Soulforce Q Equality Riders arrived at Houghton College for a full day of rigidly scheduled events. Equality Riders joined with assigned “Houghton hosts” chosen from the faculty, staff and student body of the college for a campus tour, individual and group discussion, and communal meals.

“There were certainly some concerns and difficult compromises during the planning process. Yet despite disagreements between the institutional perspective of Houghton and that of the Equality Ride, I think today was a time of growth and fruitful discussion," said Equality Rider and former Houghton student, Andrew Langdon. “Many students expressed their desire to be an ally to the LGBTQ community or their need for safe spaces and an affirming message.”

Houghton also hosted a formal panel about how the Christian community should respond to issues of sexuality and gender. Participants included Houghton Professor Rich Eckley, Kathleen J. Elliott of the local Agape Counseling Associates, Inc, and Emily Zahn, Equality Rider and West Virginia Wesleyan junior. The forum was moderated by Dr. Michael Lastoria and was very well attended by hundreds of members of the student body, as well as some members of the community.

“I think it was a really wonderful time to share my perspective as a Christian lesbian with the Houghton community who may not feel that homosexuality and Christianity can be compatible. All the panelists were able to find common ground and come to an understanding that the two are not mutually exclusive and that the Christian church needs to be responding in a more loving and responsible way to its LGBTQ members,” explains Emily Zahn, the Equality Ride panelist. The Equality Ride bus is on the road through April 24, 2010, bringing dialogue, hope, and change to schools across the country. Future stops include:

What is Soulforce Q?
Soulforce Q is the young adult division of Soulforce. Soulforce Q works to uplift the lives and liberties of lesbian, gay, bisexual, and transgender people, working primarily with individuals between the ages of 18 and 28.

What is the Equality Ride?
The Equality Ride is a project that takes young LGBT advocates to colleges and universities in order to have meaningful conversations about fairness and diversity. Traveling by bus, Equality Riders, as they are called, engage their peers and promote open dialogue about faith, gender and sexuality. Schools they visit are contacted months in advance and invited to host the Equality Ride. Some schools choose to work with them, and they go on campus for presentations, panel discussions, classroom visits, and meals together. Some schools, however, choose to reject dialogue. In such cases, civil disobedience becomes a possibility, which can result in arrests.

Who are the Equality Riders?
They are young adults, age 18 to 28, from all over the world. Some are Christian, some are from other faith backgrounds, and some do not identify as religious. Some are students and some are not affilitated with any institution. The Co-Directors are full time Soulforce Q staff. Other Equality Riders are volunteers; they are not paid for their work.

What are the primary goals of the 2010 Soulforce Q Equality Ride?

Can I use the photos that are posted on the website?
Yes. If you visit our Resources for the Media page, high-resolution photos are available. Please attribute photo credit to the Soulforce Q Equality Ride.

The Equality Ride stop at Baylor University is April 6, 2010. 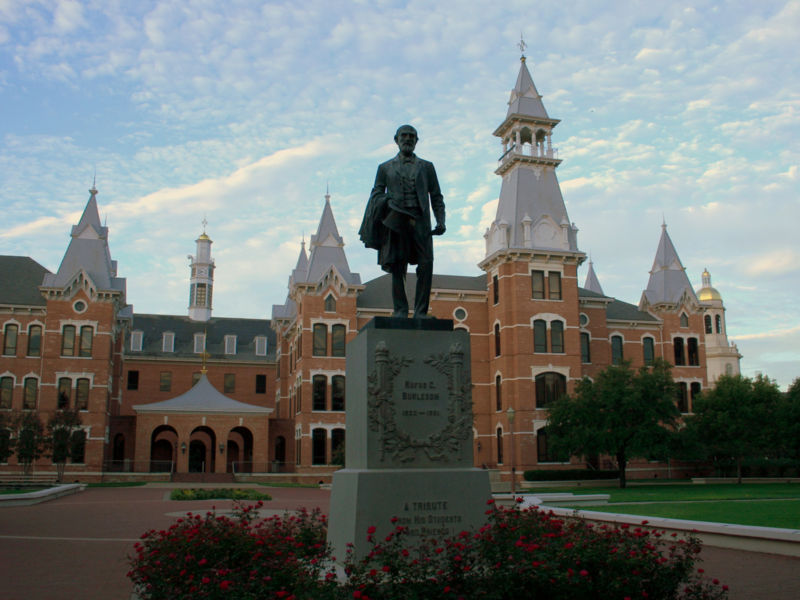 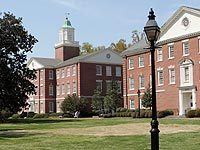 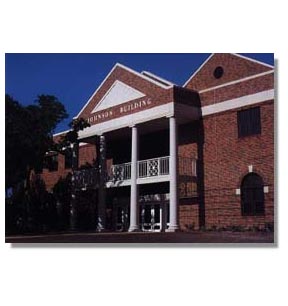 The Equality Ride stop at Hardin Simmons University is April 7-8, 2010.

The Equality Rider organizing the stop at Hardin Simmons University is Jennifer Luu. 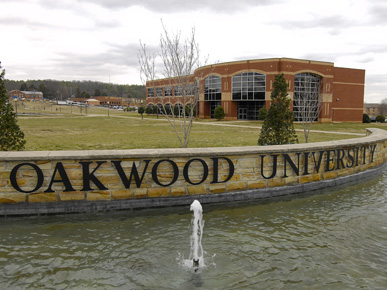 The Equality Ride stop at Oakwood University is March 15, 2010.

The Equality Rider’s organizing the stop at Oakwood University are Lindsay Van Clief and Heather Shuttleworth.

The Equality Ride stop at Southwest Baptist University is April 14, 2010.

The Equality Ride stop at Belhaven University is March 29, 2010.

The Equality Rider organizing the stop at Belhaven University is Stuart Brewster.