Soulforce Board Chair Chuck Phelan and Interim Executive Director Bill Carpenter presented retired Executive Director Jeff Lutes with a recognition award on January 10 at Metropolitan Community Church-Austin, where Jeff is a member. The award recognized Jeff’s leadership over the past four years and his program achievements, including:

Chuck also pointed out that "behind every great man in our community is a great man" and recognized Jeff’s husband, Gary Stein, and their three children, who were also in attendance. The presentation took place during the training for the 2010 Equality Riders and Soulforce staffers Andi Gentile, Caitlin MacIntyre, and a number of Equality Riders were present as Jeff was honored.

Soulforce, Inc. is an 11-year old national civil rights organization. Our mission is to end religionbased discrimination against gay, lesbian, bisexual, transgender, queer and questioning people. Our method is persistent, non-violent resistance, with a commitment to the strategies and principles employed by Mohandas Gandhi and Martin Luther King Jr. (for more details please visit our web site at: www.soulforce.org)

Our core values are strong and we are welcoming to people of all colors, faiths, orientations and identities. The organization has just completed a process of identifying its Strategic Plan Objectives. Programs implementing the objectives are underway. The most prominent of which is the Equality Ride, led by a strong group of young adult staff members. The ride will take off for the fourth time in March 2010.

The organization was founded by the Rev. Dr. Mel White in 1998. The organization grew under his leadership until 2006, when Mel retired from fulltime leadership and moved into a role as “founder”. A new, part-time Executive Director position was approved. Jeff Lutes was hired for that role and served Soulforce well for nearly four years. In June 2009 the Board of Directors authorized the Executive Director position to expand to full time. Jeff has stepped back to have more time to pursue his private counseling practice and to spend more time with his family. In the interim, Bill Carpenter, the Soulforce Director of National Actions, has agreed to lead the organization. Bill remains heavily involved in the Equality Ride as well.

The Interim Executive Director will serve until May 2010. The full-time Executive Director position will be officially posted and applications accepted by the Board of Directors on the schedule shown below. Please watch for more details and share this announcement with people who may have a sincere interest in serving as Soulforce’s Executive Director.

McCormack & Associates, well-known diversity search consultants, have been selected to manage the recruitment process for the new Soulforce Executive Director. McCormack is the nation’s first gay-owned retained search practice, and is a Certified LGBT Business Enterprise by the National Gay & Lesbian Chamber of Commerce. The firm is based in Los Angeles, California. Since 1993, McCormack has filled over 200 CEO, COO and board level searches for LGBT, HIV/AIDS, health care, education and social justice organizations nationally. The firm was named one of the Top 50 executive recruiting firms by independent industry publication Executive Recruiter News.

All correspondence about this position should be addressed to search@mccormackassociates.com.

Soulforce is an equal opportunity employer and does not discriminate on the basis of race, color, religion, sex, age, national origin, veteran status, sexual orientation, gender identity or expression, disability, or any other basis of discrimination prohibited by law.

Soulforce Regrets to Announce the Resignation of Our Executive Director

A Message from Soulforce Co-Founder Mel White:
Soulforce regrets to announce the resignation of our Executive Director, Jeff Lutes, after nearly four years of dedicated service. Jeff has chosen at this time to return to his family counseling practice in Austin, Texas, and to spend more quality time with his husband, Gary Stein, and their three young children, Niko, Trei, and Jole’. You may stay in touch with Jeff at www.jefflutespsychotherapy.com.

The Soulforce board of directors has appointed Bill Carpenter, who has served as Director of National Actions for many years, as Interim Executive Director. Bill will work with Soulforce staff to continue operations of the organization, including the upcoming Equality Ride in early 2010. Bill has a long history of service to Soulforce, since our very first action in Lynchburg, Virginia in 1999, and I’m grateful to him for taking this role at an important time in Soulforce history. I believe he is uniquely qualified to serve as Interim Executive Director while we undertake a nationwide search for the next Executive Director of Soulforce.

Jeff Lutes has led Soulforce through challenging times and we are grateful. Jeff will continue to write and speak powerfully about the role of relentless nonviolent resistance in our struggle against religion-based oppression. Again, we thank Jeff for his role in strengthening Soulforce and for modeling in his own life what it means to be a man of faith committed to doing justice on behalf of all those who suffer religion-based oppression.

This workshop will be led by Bill Carpenter, Director of National Actions, and Chris Hubble, an LGBT activist with Soulforce-Colorado.  Participants in this workshop will join a dynamic conversation that will introduce them to an understanding of the incredible power and potential that lies in the principles of nonviolent resistance and the history of nonviolent movements. Participants will also be empowered to apply this knowledge in their communities in the struggle for social and economic justice for all people.

An introduction to the Tool Kit contained in the new website www.nonviolence4equality.org will further enable participants to return to their respective communities and immediately begin grassroots organizing for nonviolent social transformation. Participants in this workshop will engage with the subject matter utilizing a variety of experiential learning methods. 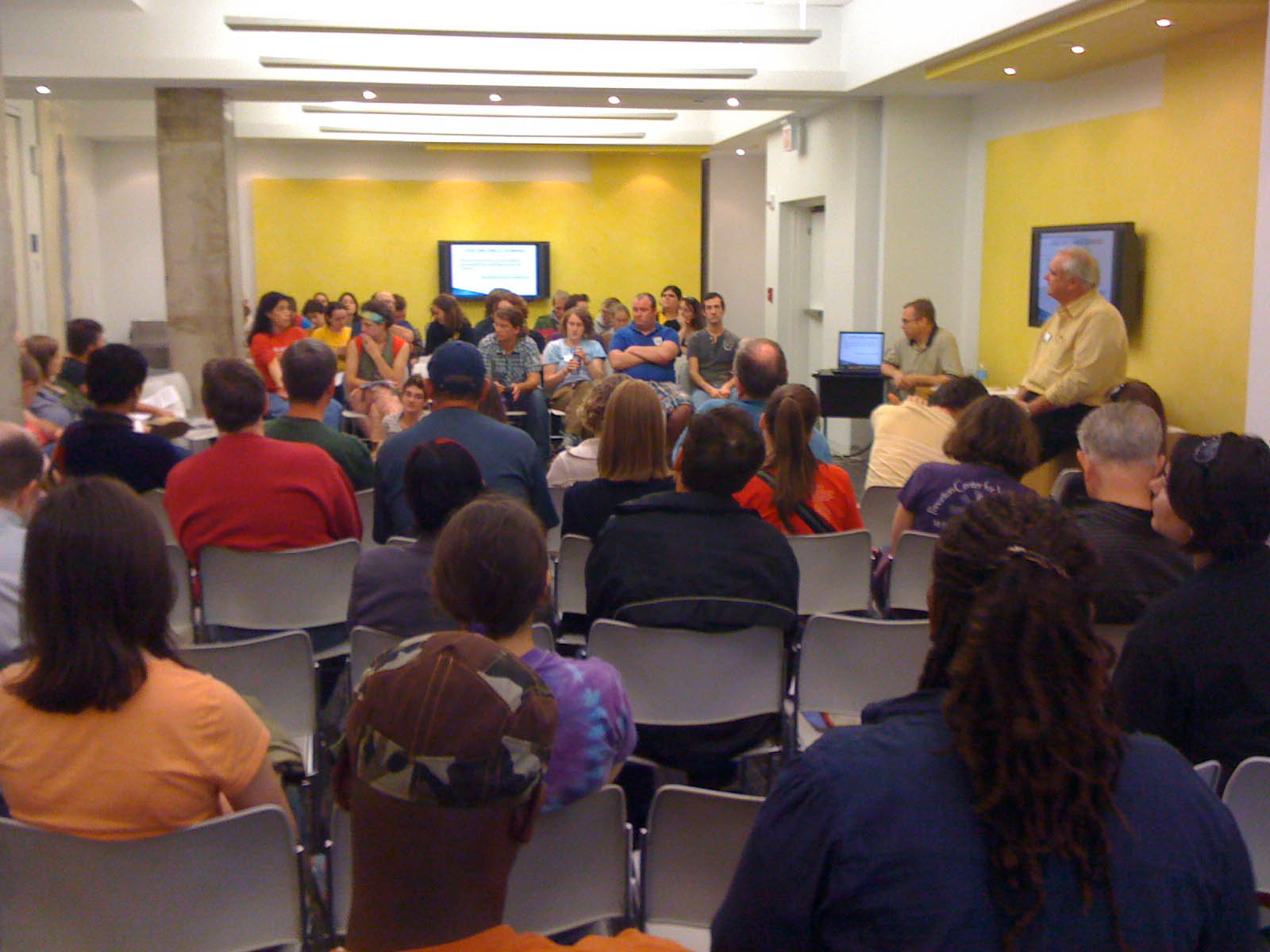 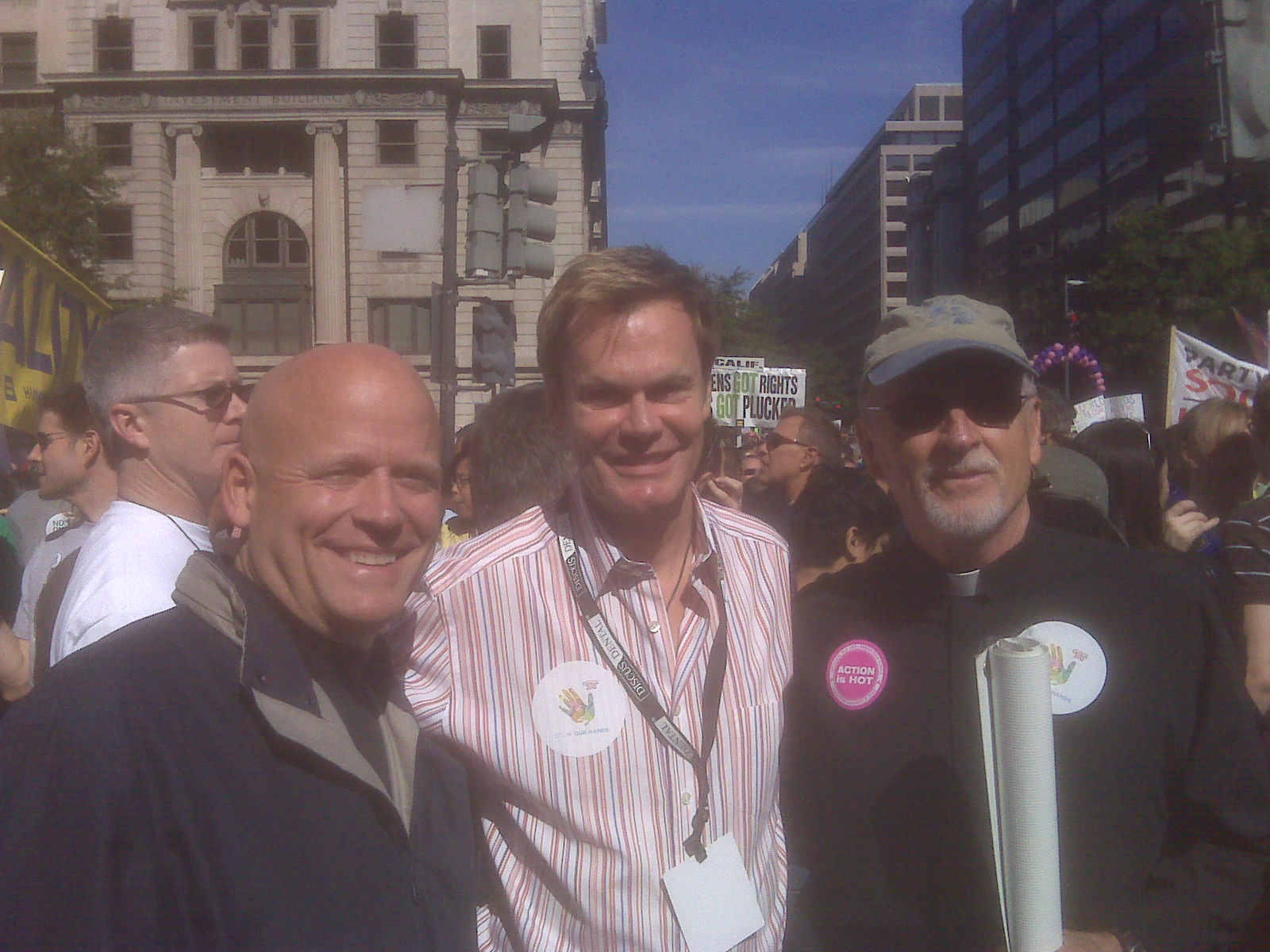