BREAKING NEWS: Soulforce is pleased to join in celebrations of Judge Walker’s announcement that marriages between same gender couples may resume starting August 18, 2010. We believe in full equality for LGBTQ in all aspects of society and will continue to work to resist religious & political oppression, changing hearts and minds, as the case is appealed to higher courts. Be sure to read Rev. Gil Caldwell’s recent blog post "Prayers & Support for the resumption of same gender marriages in California".

Yahoo! News has more information from the Associate Press 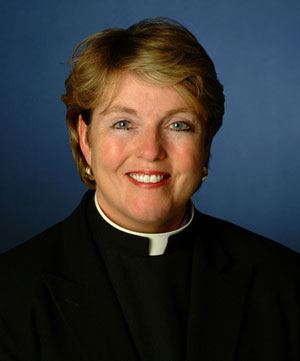 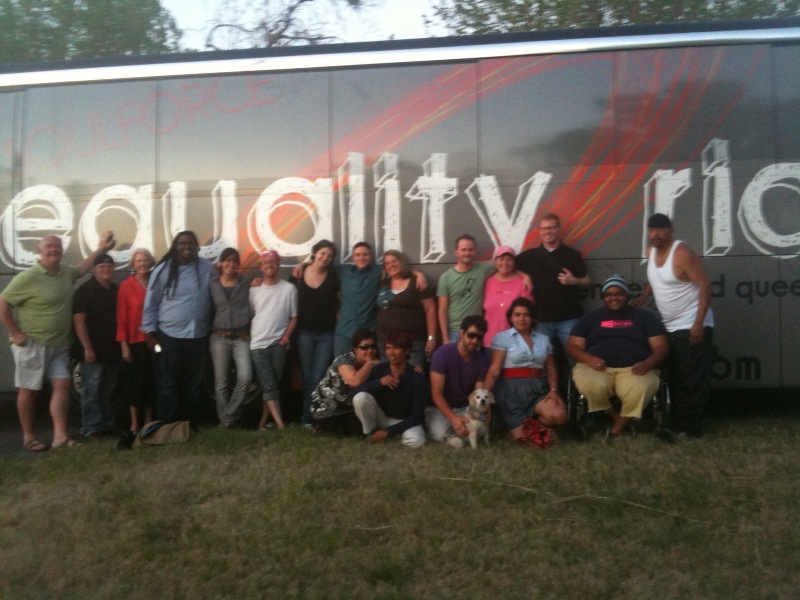 Of Rights and Rites

By Gilbert H. Caldwell
Special to the Star-Telegram

This was by no means my first demonstration at General Conference. But in the past, issues of racial justice motivated my protest.

At the 2000 conference, I joined many others in seeking justice for lesbian, gay, bisexual and transgender (LGBT) people. Standing up for LGBT rights did not always come easily to me.

As a young "foot soldier" in the civil rights movement, I was inspired by the writing and activism of Malcolm Boyd, a white Episcopal priest who wrote Are You Running With Me, Jesus? One day I read that Boyd had come out as a gay man.

As I digested the news, I discovered some unsettling emotions. Although I was deeply committed to civil and religious rights for black people, I realized that I had reservations about those rights being granted to gay people. I wondered, "Do I deny the impact his life had upon me, burn his books, turn from being an advocate to an adversary?"

After a day of reflection and prayer, my faith, reason, and common sense came alive! I could not and would not deny his influence. Just as so many white people became allies of the civil rights movement for racial justice, I determined that I would be a black, straight advocate of civil and religious equality for LGBT people.

These issues came to the forefront at the 1972 General Conference, when new legislation affirmed that "homosexuals no less than heterosexuals are persons of sacred worth." When this proposal reached the floor, a last-minute amendment added the words, "… though we do not condone the practice of homosexuality and consider this practice incompatible with Christian teaching."

In the decades that have followed, the "incompatibility amendment" has become the basis for undermining the very equality that was affirmed in 1972, and lesbian and gay people have gradually been excluded from the life of the church: first from ordained ministry (1976), then from marriage (1996), and finally from membership (2006).

Since my first ordination as a deacon in the Methodist church in 1956, I have seen us move from racial segregation to racial integration, and from excluding women from the clergy to ordaining them. In each of these instances of progress, the state preceded the United Methodist Church in extending equal rights.

Today, slowly but surely, civil rights for lesbians and gays are becoming a reality. Civil unions are legal in many states, and marriage equality is the law in Massachusetts.

Whole denominations now affirm the equality of gay and transgender people. The United Church of Christ declared full equality five years ago and recently announced growth in both membership and giving for the whole denomination.

In 2000, I nearly died from a brain tumor. I survived with a nerve-damaged leg, a cane and a drive to use my time well. Since then, my ministry has centered on writing and speaking about the connections between different forms of discrimination. Simply put, my message is about justice.

The Rev. Gilbert H. Caldwell is a retired United Methodist minister and an active member of Soulforce, a national LGBT social justice organization. He is a former chairman of Black Methodists for Church Renewal and a co-founder of United Methodists of Color.

Back to the Soulforce 10th Anniversary Reunion & Direct Action

A Call to Action From Gil Caldwell

A few years ago I saw the Slave Narratives, a presentation of some of the stories that were told by my African ancestors who were slaves. There were nine words in that presentation that I will take with me to my grave; "They used the Bible like a stick against us". This was a graphic way of saying that Christian slave masters living in what is called the "Bible Belt", used the Bible to commit unspeakable crimes against slaves. Paul’s, "Slaves be obedient to your Christian masters…" became justification for demanding obedience and exerting punishment, whenever a Black slave did not please the wishes and needs of his/her master.

When I heard those words I reflected upon how anti-Semitism, sexism, classism, punishment of Methodist clergy who smoked and consumed alcohol, and of course slavery and racial segregation, all of this and much were perpetrated by those who used sections of Scripture as justification for their prejudices and acts of discrimination. In time most Methodists realized it was a desecration of the Bible to use it to support and sustain personal and cultural prejudices. But sadly, the United Methodist Church continues to utilize a narrow Biblical literalism and prejudicial interpretation of Scripture to justify its Book of Discipline language that demeans same gender loving persons.

I first heard Martin Luther King, Jr. at a Prayer Pilgrimage in May of 1957 in Washington, DC. That exposure to him motivated my participation in the Civil Rights Movement. I am convinced that Dr. King who spoke out against the Vietnam War and initiated the Poor People’s Campaign and spoke so many times of the necessity to create the "Beloved Community", if he were alive today, would challenge the Church and Government for their insensitive judgmental approach to LGBT persons.

I will be participating with Soulforce at the General Conference in Ft. Worth as we seek to contribute to the liberation of the United Methodist Church, urging it, "To be the Church". Martin Luther King asked more than once, "Why is the Church always the taillight and not the headlight" (on issues of human justice)? I am saddened that as a fourth generation Methodist, my United Methodist Church (in the 21st century!) desecrates the mission and ministry of Jesus in its attitudes and actions toward LGBT persons.

I invite all persons, especially persons of color and women who have awareness and experience of the Church "using the Bible like a stick" upon those before them and upon them personally, because of race and gender, to be present with me and Soulforce in Ft. Worth.

Back to the Soulforce 10th Anniversary Reunion & Direct Action

Rev. Caldwell received his education at Boston University School of Theology, Harvard Divinity School, and North Carolina A. & T. State University. He is a retired United Methodist Minister who participated in the "Mississippi Freedom Summer" of 1964, the Selma to Montgomery March in 1965, and the March on Washington. Rev. Caldwell is a founding member of the United Methodists of Color for a Fully Inclusive Church and the Black Methodists for Church Renewal. He is also a member of the Board of Preachers and Scholars at the Martin Luther King International Chapel, Morehouse College, and the author of two books and numerous book chapters, newspaper, and magazine articles. Rev. Caldwell and has wife, Grace, have been married for 47 years and have two sons and one granddaughter.